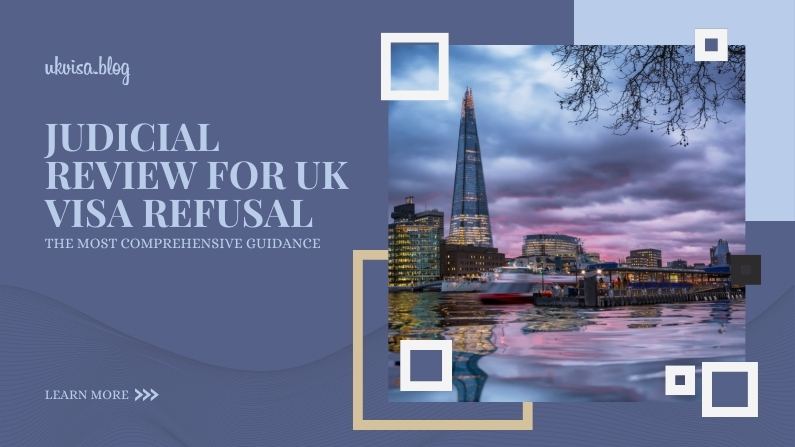 The immigration judicial review is a type of a court proceeding in which a judge examines the lawfulness of a decision. A judicial review is made to the Upper Tribunal. It is a remedy of the last resort because it can only be used where there is no other adequate alternative is available.

The UK immigration judicial review focuses on the procedure rather than the outcome of a determination. In fact, judicial review is not really concerned with the outcome, if a decision maker- Home Office, ECO, or immigration officer- has followed the right procedure. Therefore, the tribunal does not substitute what it deems is the ‘correct’ decision. Accordingly, this may mean that the public body will be able to make the same decision again, so long as it does so in a lawful way.

If someone wants to argue that a decision was incorrect, judicial review may not be the best option. Therefore, may look for alternative remedies, such as appealing against the ruling to a higher court. Nevertheless, immigration judicial review in the UK has an overly broad context. And it is quite frequently used to challenge a UK visa and immigration refusal and 10 year ban decisions.

The types of decisions which may fall within the range of Judicial Review include:

Difference between Judicial Review and Appeal 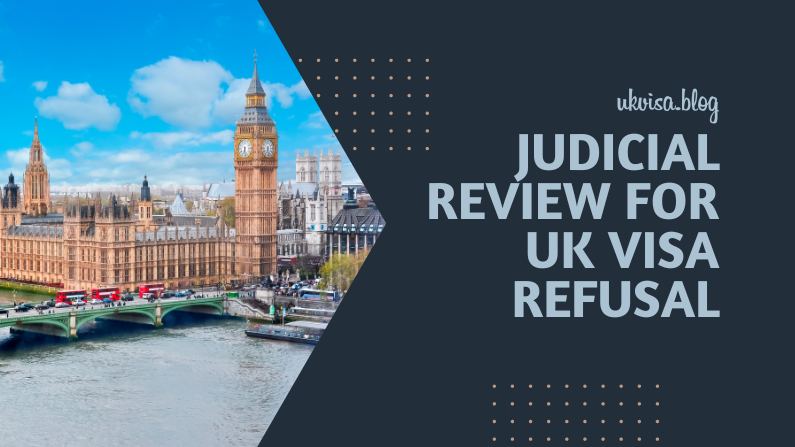 In terms of Part 54 of Judicial Review and Statutory Review, Civil Procedure Rules, it is essential that an applicant should file a judicial review promptly and, in any event, within 3 months of a UK visa refusal or ban.

The average processing time for UK immigration judicial review depends on the stage in which a decision is reached. Therefore, if a decision is reached at the Immigration Pre-action Protocol (PEP) Letters then the complete process can conclude within 2-4 weeks. However, if it goes to the substantive hearing stage then it may up to 9-10 months.

We have now (Jan 5, 2021) entered lockdown for the third time. The courts and tribunals must continue to function. The position remains that attendance in person where necessary is permitted under the proposed new regulations.
Lord Chief Justice

the chances are that a favourable settlement will reach for the claimant before trial (well more than 50% of cases settled).
UK Human Rights Blog

Judicial Review is a viable recourse for challenging decisions such as visitor visa refusals, 10 year ban, points based application.

Prior to June 25, 2013, applicants could appeal against family visitor visa refusal. After April 15, 2015, with the abolishment of even a limited right of appeal, there is no other legal recourse, apart from Judicial Review, to challenge visitor visa refusal and 10-year ban.

PBS applicants have an option of filing an Administrative Review within 28 or 14 days from the date of an entry clearance and leave to remain refusal decision, respectively. However, an administrative review is a peer-group review and often has obvious flaws. Therefore, the chances of a successful administrative review are usually exceptionally low i.e. up to 10-20%.

In the absence of a right of appeal, an immigration judicial review is the only option to challenge a 10-year deception and re-entry ban.

Immigration judicial review is an effective remedy against most of the refusal decision with no or limited right of appeal. Applicants can file judicial review against visa refusal under the following Acts and legislations:

Moreover, an applicant can also contact an immigration specialist for making a substantive application for a judicial review against a decision of the First-tier Tribunal, for which no appeal lies with the Upper Tribunal.

The UK visa and immigration judicial review procedure relates to:

If an immigration judicial review is refused, then an applicant can file an appeal against the decision.

The immigration pre-action protocol letters response time is usually set to fourteen (14) days. However, if a case is of urgent nature, then an applicant’s representative (solicitor) can intimate a shorter deadline. In fact, the Home Office often ignores the Pre-action protocol (PEP) letters. Therefore, once the time limit of 14 days expires then the applicant’s representative lodges an immigration judicial review.

Quite clearly, the statement of fact on T485 claim form, is a summary of the subject matter and the material facts of the case. Moreover, the statement of reasons forms part of the explanation of the reasons for challenging a decision. Indeed, this explanation later referred to as ‘grounds for immigration judicial review’. As a practice, solicitors usually ask barristers to complete this part of the application as this explains the error(s) and omissions made by the Home Office/ECO whilst reaching an unlawful decision. For instance, if Home Office has ignored evidence, then T485 claim form will clearly explain the details. Moreover, the judicial review claim form will also solicit the remedies such as:

This requires filling another or an extra form depending on the nature of the remedy. In fact, Form T483 is for the urgent consideration of the court. For instance, it is quite possible to justify an urgent immigration judicial review in case of a UK visitor visa refusal for attending a family wedding or funeral.

What acknowledgement of service usually states?

As per practice, the acknowledgement of service usually includes the summary grounds of defence. And accordingly, explains the reasons why the Home Office is contesting the claim. The acknowledgement of service is quite often an aggressive document. In fact, it is a routine practice of the Home Office lawyers to allege that an immigration judicial review against is without merit irrespective of the merits of the case.

Nevertheless, at times the Acknowledgement of Service suggests settle/conceding a case by reconsidering a refusal decision or even agreeing to issue a visa. Quite clearly, even in such instances, the appellant solicitor needs to formally withdraw the judicial review with a court order as once the process of immigration judicial review is initiated, then it cannot end by just walking away as a formal order is required to complete the process! However, if the Home Office does not concede then the appellant contests the refusal decision through a paper hearing.

In the light of the official statistics, it is important to note that 23,803 of the total 77,077 UK Immigration Judicial Review cases has been withdrawn or settled at the Acknowledgement of Service stage before the Paper, Oral or Substantive hearings. Therefore, the UK judicial review success rate at the Acknowledgement of Service stage is 30.88%.

Once the claimant lodged the claim form and the defendant provides the Acknowledgement of Service along with the Summary Grounds of Defence, then both the parties need to contest. And a UTIAC judge gives a decision on the merits of the case. Therefore, if the judge holds that there are sufficient grounds, then there is no need for an oral hearing, and permission to proceed further is granted for a full hearing. However, If the judge considers that the case is ‘not arguable’ based on paperwork, then refuses permission for a hearing. This quite often happens even for cases with extraordinarily strong merit, which may eventually become successful. Therefore, if the permission is rejected on the papers, then it is usually possible to apply for an oral renewal or a reconsideration hearing.

For seeking an oral renewal, an appellant’s lawyer needs to devise a reconsideration application, which includes:

The Oral Renewal/Reconsideration Hearing is a short hearing wherein the appellant lawyer addresses the judge directly in person. Therefore, it is an opportunity to persuade a judge that the case is arguable on its merits. Indeed, in other types of judicial reviews, the respondent is not represented at oral renewal hearing. However, in immigration cases, the Home Office often assigns a lawyer for opposing the application.

As per procedure, the court usually allocates one hour for the reconsideration hearing. However, the immigration judicial review hearings may often exceed the scheduled time. During the hearing both the parties make their submissions. And accordingly, a UTIAC judge decides the case there and then and announces the verdict in the court. If the court grants permission, then the next stage is the full hearing. However, if the court refuses an oral renewal application, then appellant can go the Court of Appeals.

It is customary for the Home Office to negotiate a ‘settlement’, in the event permission for a substantive hearing at the ‘papers’ or ‘oral renewal’ stage. A grant of permission is a strong indication that a judge thinks there are definite merits to the case. Accordingly, this compels the Home Office to consider whether it is wise to defend the refusal decision any further.

However, if the Home Office does not concede, then in term of The Upper Tribunal (Procedure) Rules 2008 both the parties need to undertake a few steps prior to a full hearing. These usually include an exchange of bundles and skeleton arguments.

The appellant will first submit the reasons for challenging the refusal decision, which is unlawful. Afterwards, the respondent will rebuke the reasons i.e. will explain as to why the refusal decision is not lawful? Accordingly, the judge decides there and then and announces it in court. Therefore, if the immigration judicial review is successful, then the refusal decision is normally ‘quashed’. However, at times the tribunal may also issue a mandatory order for the issuance of the visa. However, if Upper Tribunal dismisses the immigration judicial review at the substantive hearing, then there is a right of appeal available. Accordingly, the appellant can file an appeal at the Court of Appeals. However, this requires permission from the upper chamber.

During 2013/14 to 2019/20 Q3, the Upper Chamber (UTIAC) has received 74,553 UK visa and immigration judicial review applications with the following yearly breakup:

During 2013/14 to 2019/20 Q3, the UTIAC has disposed a total 77,077 immigration judicial review cases for UK visa refusal decisions with the following breakup:

From 2013/14 to 2019/20 Q3, the Upper Chamber has determined 28,095 cases in the favour of the appellants at various stages of the immigration judicial review process:

From 2013/14 to 2019/20 Q3, the Upper Chamber (UTIAC) has disposed a total 55,195 judicial review cases against UK visa and immigration rejection decisions at the Paper hearing stage with the following results: 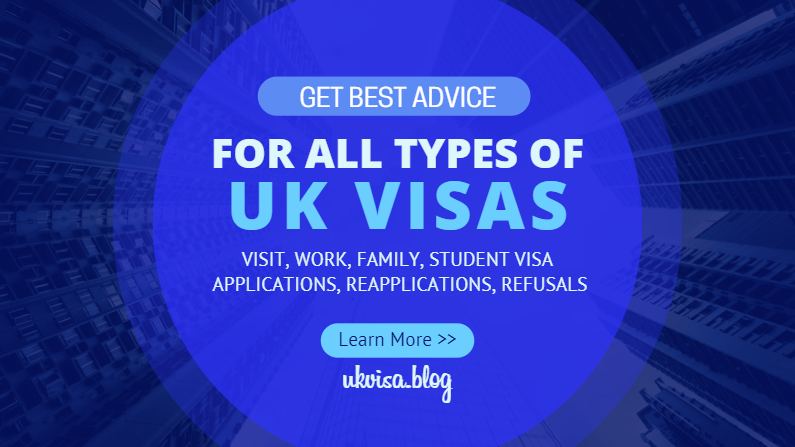 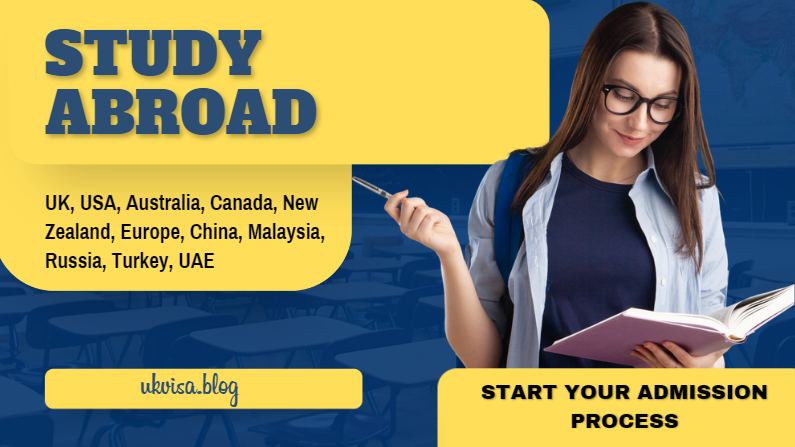