If you intend to seek professional advice for UK visas and immigration application, reapplication, appeal, administrative review or judicial review then may contact immigration specialist solicitors London.  Moreover, for study abroad in UK, USA, Australia, Canada, New Zealand etc. you may fill the online form to start the admission process.

Since the details relating to short stay, family and work visa applications are covered in their respective categories, therefore, the UK Visas and Immigration category covers the information relating to:

How much is the Home Office UK Visa and Immigration Fee in 2021?

This relates to the Home Office Immigration and Nationality Charges effective from April 06, 2021, for Entry Clearance, Leave to Remain, Indefinite Leave to Remain (ILR), Naturalisation, British Citizenship, Priority Service etc. Please note, there has been no changes...

The Impact of Covid-19 on UK Visa and Immigration

This guidance relates to the latest leave to remain timelines. Accordingly, covers the details of UK visa extension processing time after biometrics for all types of applications such as spouse, partner, Tier 1 Entrepreneur, Tier 2 Skilled Workers, Tier 4 Students, EU...

This explains the latest standard and super-priority premium 24-hours ILR processing time after biometrics 2021 all types of indefinite leave to remain applications such as Spouse Set (M), LR Long Distance, Tier 2 work and also British Citizenship and No Time Limit...

If there is an error in assessment then immigration Administrative Review for UK visa is a mechanism for challenging the refusal decision. The UK immigration administrative review is a non-statutory scheme. And there is no legislation setting out what it covers or who... 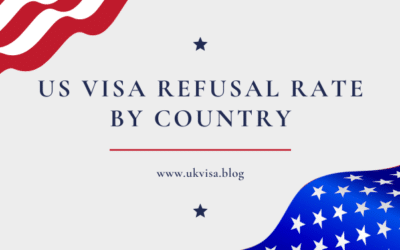 A Guide to US Visa Approval and Rejection Rate by Country

This relates to the US visa refusal rate for all types of nonimmigrant applications such as B1/B2, H1B, F1, J1, C1, K1 etc. And also provides the details of the adjusted B1/B2 US visa rejection rate by country. During 2018, US foreign service posts issued a total 9.5m...

A Guide to UK Residence Card and EEA Registration Certificate

In terms of Appendix EU (Family Permit), this guidance relates to EU Settlement Scheme (EUSS) Family Permit 2019 requirements for non-EEA family members such as spouse, civil partners, children, child above 21 years of age and parents. Moreover, the post provides the...