10-Year UK Visa Deception Ban: All You Need to Know!

An applicant gets a 10-year UK visa deception ban under paragraph 320(7A) or V3.6 of the Immigration Rules for using false documents, misrepresentation, fraud, or forgery. Accordingly, the post discusses the FAQs, reasons, immigration rules and positive evidence in the context of UK visa deception ban for entry clearance, leave to remain and ILR applications. 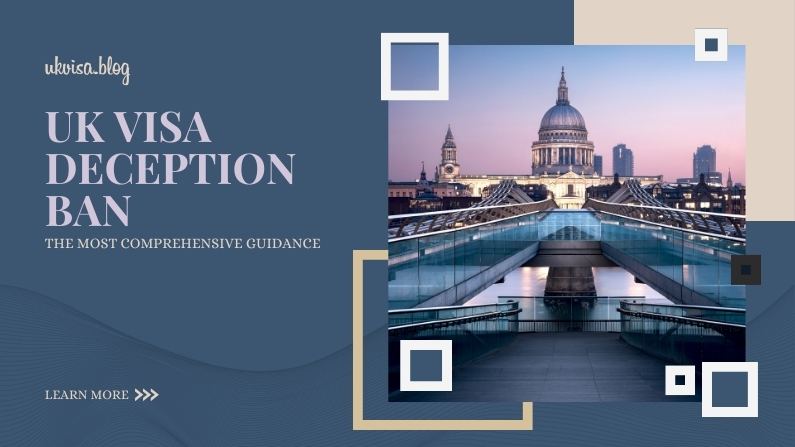 A refusal on general grounds is due to an applicant’s background, character, behaviour, conduct or associations. Therefore, in the context of General Grounds for refusal, the UK visa 10-year deception ban relates to an applicant’s adverse behaviour.

If a decision-maker imposes the deception ban, then any future applications are automatically refused for 10 years. Moreover, the refusal letter clearly states the period of the 10-year ban. For instance, if the decision was made on March 1, 2019, then any future application on or before March 1, 2029, will be automatically refused.

Can I Apply Again after 10-Year UK Visa Deception Ban?

What if an applicant fails to declare convictions?

There is no specific provision to refuse UK visa applications due to failure to declare criminal convictions. However, the decision maker considers if a failure to do so:

However, from 1 October 2012, in terms of section 56A of the UK Borders Act 2007 a person needs to declare criminal convictions in their dealings with the Home Office whether the person has spent the criminal conviction. Therefore, for applications made on or after 13 December 2012, it is not reasonable for an applicant to think their conviction is ‘spent’ within the meaning of the Rehabilitation of Offenders Act 1974. 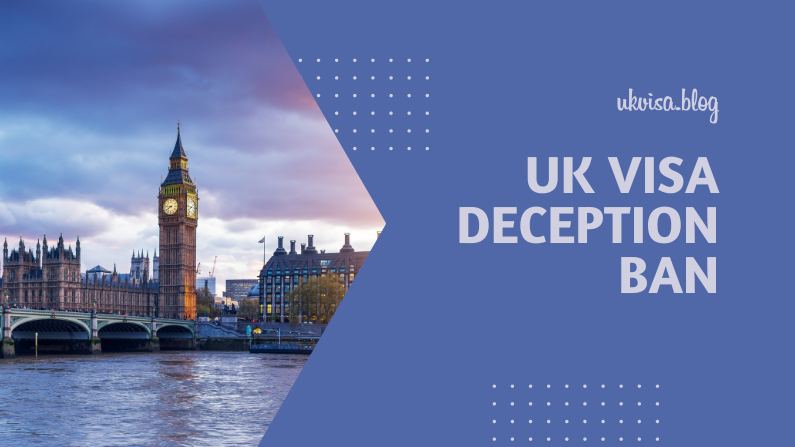 The Immigration Rules define fraud and forgery as a form of deception. Indeed, if a decision maker has evidence that an applicant has committed fraud and forgery as part of current or previous application, then it is imminent to subject the applicant with a deception ban UK, unless the deception relates to an application made over 10 years ago. Therefore, if a person submits a document or information which the decision maker independently verified as false, forged, or non-genuine then refuses the application with a 10-year deception ban even if:

Deception Ban UK Visa due to Failure to Cooperate

Indeed, at times, the decision maker can consider the appropriateness of refusing an application under paragraph 320(11) (or V 3.8 for visitors) if an applicant has ‘previously contrived in a significant way to frustrate the intentions of the Immigration Rules.’

Deceitful or Dishonest Dealings with Her Majesty’s Government

If a person attempts to deceive or otherwise is clearly dishonest in dealings with government departments then falls for refusal under character, conduct and associations grounds. Accordingly, examples of deceitful conduct or dishonest dealings may include but not limited to:

The Immigration Rules relating to 10-Year UK Visa Deception Ban are as under:

An entry clearance applicant gets a 10-year UK visa deception ban for:

A UK visitor visa applicant gets a 10-year UK visa deception ban for:

A leave to remain applicant gets a 10-year UK visa deception ban for:

Deceitful or Dishonest Dealings with HMG

Immigration Rules for Deception Ban UK Visa due to deceitful or dishonest dealings with Her Majesty’s Government (HMG) are as under:

Therefore, it is certainly not appropriate to refuse under paragraphs 320(7A), 322(2) and V3.6 of the Immigration Rules simply because the ECO is not satisfied that the applicant is telling the truth and because of silly mistakes in the application. For instance, when an applicant has given an incorrect postcode or misspelt a name on the application form. Accordingly, before subjecting an applicant with 10-year deception ban UK, the decision maker needs to satisfy that the applicant:

If a decision maker refuses an application under paragraph 320(7A) or 320(7B) then needs to fill a document examination report (DER) or a document verification report (DVR). This ensures that there is a clear audit trail to show how the decision has been reached. In some cases when an application is refused on these grounds, deception might also be known from another source. For instance, from another report or the transcript of the interview. However, in such instances, the decision maker still needs to fill the DER or DVR. Even if this means simply referring to a question or an interview answer or another report. In fact, there is no need to confirm a false if a DVR has been filled completely. Moreover, the Home Office depersonalise a DER or DVR before giving a copy to an applicant or a third party.

Indeed, a decision maker needs to check a document before terming it false. Therefore, needs to fill the document examination report (DER) before refusing application under 10-year deception ban UK. Moreover, also needs to justify the findings in DER- for instance, by including a photographic evidence- that the document is false.